I have to admit, when I first pitched this to my team, I was met with more than a little incredulity. Kids? Parents? In the office? During working hours??

For any busy agency it’s always difficult to find time to do things that are not paying the actual bills, or meeting clients needs and deadlines.

But despite the gummy bears strewn in every corner of the office, small finger prints on our white walls and chocolate coin wrappers squashed into the floor, I can see that the whole team got a real buzz out of doing it.

Why did we put ourselves through 3 hours of madness and mayhem? Well, because it was fun and fun is cool. It’s a core value of ours. Also, if you work in digital you can feel disconnected from the audience you make content for. We do a lot of work in the entertainment and children’s space. Sure,we can check our analytics, but there is simply no substitute for 20+ kids in the office getting them to play with all your content. Feedback is immediate, visceral and at times brutal.

"The ED Tech sector is exploding right now, and is already becoming a pretty crowded space."

The geeks of silicon valley have started having babies. Ten or Fifteen years ago, they were anxious spotty youths heading into the valley with a dream and some smarts. Now they’re settling down, starting families, and have woken up to the fact their kids need apps, games, and technology in their lives.

We love tech too, but it’s only part of the story, and story for us is key. Technology is an enabler to tell stories and create experiences that enrich us, teach or tell us something in a new way. We wanted the day to be about story, and character, to get back to art of story telling, and to let the kids tell the story for us.

"Our first challenge was TIME, how do we actually programme a game in that amount of time? In reality, our developers would only have 90 minutes once we started getting the artwork from the kids!"

So we set about developing a gaming engine that was pretty forgiving. Once it was refined we were able to more or less chuck stuff into it and it would work. We could set parameters like background, foreground, mid ground, enemies, heroes, obstacles, and collectables etc. Each element of the game could be assigned specific attributes to give every element a point of difference. We simply then tinkered with the engine until the game was playable.

Now we had our TIME saver. The second challenge was organising the whole afternoon, and ensuring the kids where not overwhelmed, but challenged and most importantly - having fun. Our kids were aged 6-9 but we had a few younger ones, and a few older too.

3. Developing our environment and collectables

The event started off with a briefing. Our young game creators where shown a game using a similar engine and the mechanics were explained to them. Our lead animator and artist then took them through some basics of character design and finally we talked about character development to ensure they had a story for their character. We then let their imaginations fly.

The hero for the game was then democratically chosen by the whole group, each child was given a gold star, they had to then place the gold star next to the character they liked the most. A Duck called chick was the outright winner, drawn by young Isaac.

To ensure our office was a boredom-free zone, we also had a number of tech stations set up around the office that kids who had finished could visit and experience. This included, 3D printing, a VR demonstration and IPAD arcade loaded up with a bunch of games we’ve developed for a variety of clients. Our Oculus under water treasure hunt was the HIT of the day with kids and parents alike. This was the first time any of them had experienced VR. We mashed up virtual and real world by dropping real chocolate coins from the sky, when they found the treasure in the virtual world.

After some carrot sticks, fruit and a juice, we moved on to enemies and the environment for our game. Now the kids had a clear idea about who the hero was, and what his or her powers were, it gave the kids some context for the creation of their enemies. Why are the bad guys always the ones with so much more depth to their characters? We learned that 6 year olds are able to invest their characters with bags, and bags of personality.

Grace created a Kung Fu kitten " She acts really cute, and cuddly, but if you get to close to her, she zaps you like a ninja with her laser eyes!"

As their artwork was finished, the children rushed their finished creations into the games HQ (our meeting room) where our game developers and designers were waiting to take receipt of them.

Finally the exercise was brought to a fitting conclusion with a HUGE co-created background image. We stuck down a huge piece of paper to the floor, and asked all 22 of the kids to add stuff to the background.

The finished game can be viewed here Jolly Fun Day

A great video about the day can also be viewed here

What did we learn? If you can engage and channel kids boundless imagination and creativity in the right direction, you can get truly rewarding results. Kids capacity to think further than the brief is often underestimated, a skill both agencies and clients could exercise a little more. Our audience are honest, if they don’t like something, they’ll tell you. A lot.

What did they learn? "3D printers are really slow" Ellie age 5 and a bit.

Top Tips for running a creative/technology day with kids

- Build in plenty of break time.

- Have other stuff for them to do.

- Have stuff for the parents to do.

- Have stuff for their little brother or sister to do.

- Have a dry run with your team before to iron out timing issues.

- Make sure they have name badges.

- Get to the core of what you’re asking them to do, quickly, they have enough adults at school explaining things to them. 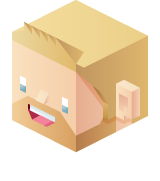