As Jollywise deliver its first game for Beano Studios - Dennis and Gnasher: Defend the Den, Jollywise’s Creative Lead reflects on his life-long love of Dennis & Gnasher…

The Eighties was a heady time. The cultural landscape was shaped by an almost evangelical worship of materialism and its trappings. Other cultural markers redolent of the time were stone-washed jeans, synth-pop, silly haircuts, neon colours, and an explosion of popular culture lead by TV, magazines and comics.

Surrounded by this zeitgeist, a young lad was concerned with only one part of it: a single slice amongst the miasma was the only thing he cared about, nay, was obsessed with. That landmark piece of the culture was The Dennis the Menace Fan Club, and that young lad was yours truly.

In those days, I gleefully bought the Beano every week with my precious pocket money. After poring over the comic strips one week, I discovered an intriguing advert in the back. Could my eyes be deceiving me? This ad seemed to allow access to a bona-fide secret society! It offered a membership card and a club wallet. It dangled the tantalising metaphorical carrot of ‘club secrets’. It offered two (two!) club badges, and here we reach the crux of my obsession: one of those was a furry Gnasher badge, and it had googly eyes that moved.

Let’s think about that for a moment. A furry Gnasher badge. With googly eyes. That moved. That badge, though. I wanted it so bad.

Okay, but what was the catch? I might have been only seven, but I wasn’t completely naïve to the ways of the world. 30p. Only two weeks’ pocket money? Done deal. I waited patiently for what seemed like aeons for my club parcel to arrive and when it came I was frantic with joy. Finally, a fully-fledged member of the secret society. The membership card went up on my wall, the unbelievably awesome badge went on my rucksack as a symbol to other Gnashites, and the club secrets were committed to memory. Seriously, I still know them now. I can’t tell you though, or my membership would be revoked. A preposterous thing to even consider.

A long time has passed since then, and much cultural water has passed beneath the bridge we call society. The Beano’s manly ‘sister’ comic The Dandy is no more, following a failed digital reboot. The Beano has since (very successfully) moved online. Dennis and Gnasher themselves, have been through one reboot already, and very soon will go through a second. This latest reimagining of my childhood heroes aims to make it more modern; to move it even further away from the politically incorrect Eighties and put in front of the eyes of the digitally-savvy, culturally-aware Generation Z.

‘Dennis and Gnasher: Unleashed’ is its name, a new TV show set to air on CBBC in late 2017. The property has gone through a complete visual and narrative revamp, and is now eye-poppingly realised in movie-standard CGI by Beano Studios in collaboration with Jellyfish Pictures.

Dennis without the Menace

Dennis has changed over the years, and become more politically correct. In his latest incarnation, he now fights for the little guy, rather than against him. He is now in the possession of a ‘strong moral compass’, and his new ethos on life is to ‘think more kid’. This ties in to his nemesis, Walter. Gone is the epithet ‘Walter the Softy’, and the negative connotations of an effeminate counter-point to Dennis. Instead, Walter is a kid who has grown up too fast, and has lost touch with his inner child. This is anathema to the new Dennis, and is why the two characters are enemies in Dennis & Gnasher: Unleashed.

Dennis is accompanied by a gang of like-minded friends, including a new version of Pieface and some other brand new, forward-thinking characters. The gang are all in to loud rock music, extreme sports and using home-made gadgets, bravery, and their instinct to save their home of Beanotown from Walter-related threats. These kids are independent, in control and free. A call to action for today’s younger generation…

When Jollywise were asked to pitch for a collection of new Dennis & Gnasher games to support the release of the new TV series, I was obviously chuffed to bits. So were other members of the team who also shared my life-goal to be involved with something as fondly remembered as Dennis & Gnasher.

We managed to snag the job, and were tasked with creating two HTML 5 games designed to work on desktop and devices. First out of the gate was a Tower Defense game we dubbed ‘Defend the Den’. The Den is Dennis and gang’s base, which acts as a safe haven away from Beanotown, where they can rock out super loud and invent and store all their gadgets. It made sense to have this as the player’s ‘tower’ in our game, but now we needed something to defend it from…

As part of the first series, an evil plot perpetrated by Walter’s dad (the Mayor of Beanotown), ends up with all food being replaced with mushy peas. This is not just an attack on the taste buds for residents, however, because consuming the offending legumes turns people in shambling, brain-less ‘Zompeas’. Now our antagonists were also established.

The third key pillar of the game was developing a gaming toolset for the player to use against their enemy. Luckily, Dennis and the gang have an arsenal of gadgets they use throughout the show to overcome adversity. From Dennis’s ubiquitous pea-shooter, the Screwtop Carbon Fibre P-Blaster 4000 with Under-Barrel Mega-Splash Launcher (yes, that’s it actual name) to home-made walkie-talkies and gunge-filled water balloon launchers, there was a potentially rich seam to mine for gadget-based mayhem in Dennis & Gnasher’s universe.

However, we did need to fill in gaps in the nascent lore to come up with 10 gadgets that performed functions in-game that we needed to represent. From rapid fire, to heavy-hitting, slow-down and area-of-effect weapons – we needed the right balance of gadgets to provide a solid gameplay experience. So, we had to get our inventing hats on!

Keeping as true to the DNA of the show as we could, we had a fun meeting where we came up with ideas for things that went bang, splat and made raspberry noises with which to take on the ravening hordes of Zompeas. Even more fun was had sourcing the audio for things like the Super Slop Bomb, and my personal favourite, the Guff-O-Matic. Best 20 minutes of work I’ve spent in recent memory! Thanks to Dennis & Gnasher for that, for providing levity way back when, right through to these uncertain times.

The game is now finished and live, and we at Jollywise Towers are all extremely proud of it. Why don’t you check it out for yourself, whether you’re nostalgic for those days of yore, or a brand new secret society recruit looking for some challenging and fun den-defending, gadget-based, Zompea-hunting gameplay!

You can play Defend the Den here 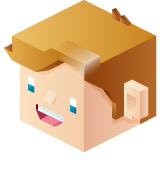 Adam Lambourne
Adam is the Creative Lead at Jollywise. When he is not working he can be found playing video games or catching up on the latest tech and design trends.
Previous Post Next Post
Blog